Skip to content
GET A FREE QUOTE
ANNOUNCEMENT REGARDING COVID-19 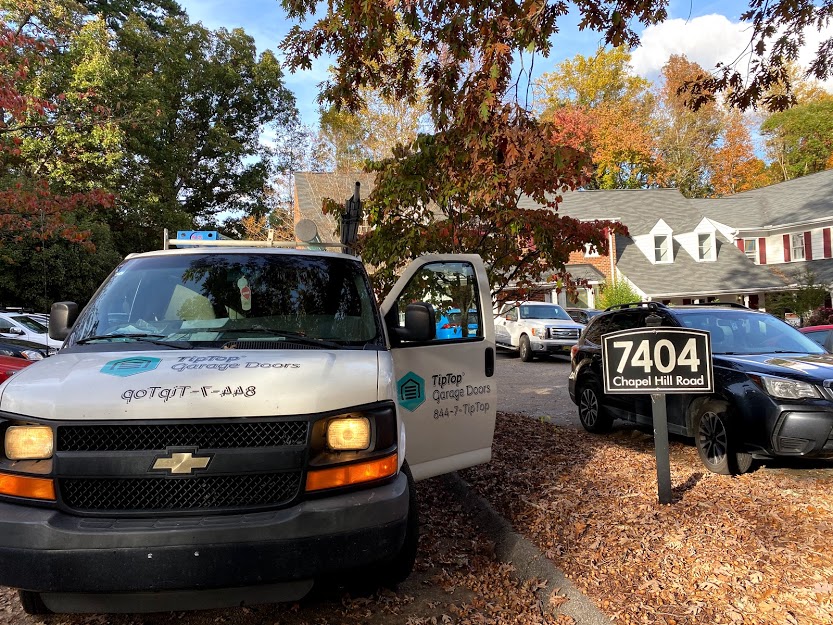 Get a Free Quote!

Your garage door will never let you down – Tip Top Garage Doors LLC is here to make sure of that. We offer installation, repair, replacement, and maintenance services for both residential and commercial doors with a lifetime warranty!

Tip Top Garage Doors of Raleigh is considered a trusted garage door repair company that also performs installation, replacement, and maintenance. They have been repairing doors for residents since 2010 after the business founders established it with decades of experience under their belt. North Carolina can rely on Tip Top Garage Doors’ expert service all around the state to keep their property safe.

At Raleigh, garage doors are an essential part of any home and are the most valuable asset for every American house. Garage doors protect your home, cars, and other valuables. It also provides privacy and reduces noise pollution.If you live in the Raleigh area, it’s safe to say that you’ve already owned a garage door at one point or another.

Garage doors are so durable they often last for years, and only need a little maintenance over time. The technologies have enabled you to open the garage before you enter the house with just one click of the remote. Commercial and residential garage doors protect your vehicles and valuable assets in the garage and home with the help of the latest technologies.

Tip Top Garage Doors operates with local technicians who know the Raleigh-Durham area perfectly well and our technicians are friendly, punctual and well-trained.

Our NC certified technicians can repair any precision garage door or other fancy entry doors and set up new door codes. We can also provide custom door options.

We use quality door hardware and equipment embedded with the latest electrical and electronic technology that helps provide the best garage door services in Raleigh. All our door replacements are done with original garage door parts.

Our door installation services and replacement costs are fair and economical. We do not charge extra for work during the late evening or weekends. We also offer affordable prices for annual garage door maintenance plans for Raleigh residents.

You can avail of great discounts on various garage repair services in Raleigh and surrounding areas. Check and compare our new garage job estimates with our competitors! Get up to $200 off on new double doors and up to $139 off on new springs. 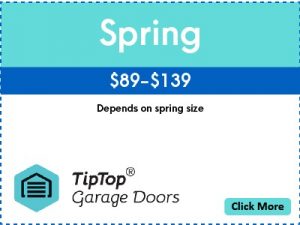 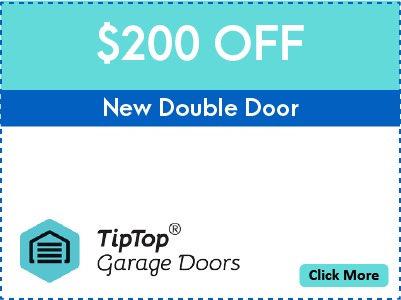 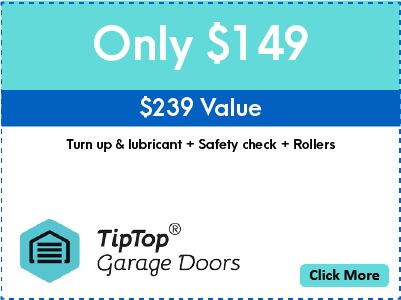 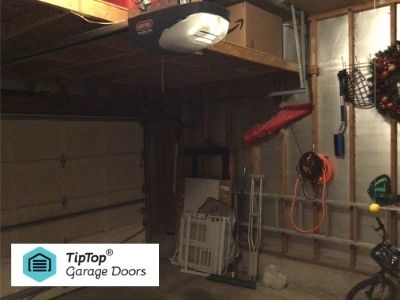 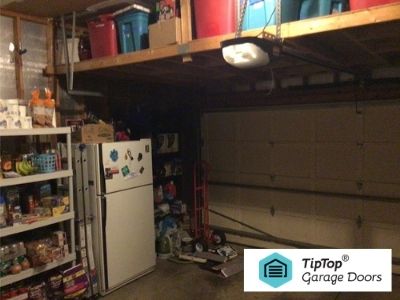 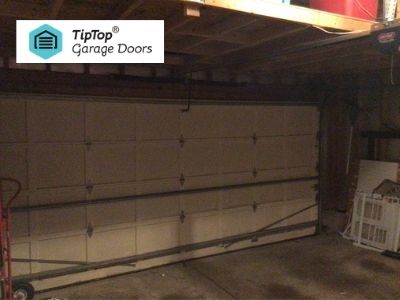 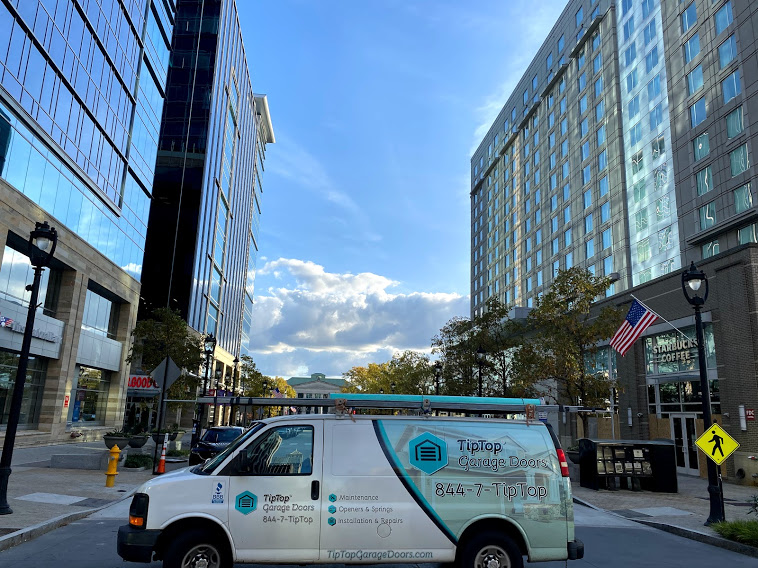 Raleigh residents can call us to install new garage doors.  Tip Top garage doors have a wide variety of doors available to choose from. Whether it’s wood doors, steel doors, precision doors or entire door rebuilt, we provide our best. We provide free consultation for the customers and help them choose the perfect garage door for their home.

Is it time to restore the high value and aesthetics of your Raleigh house spoiled by a broken garage door? We provide you with a top-quality garage door that suits your house and increases your house value. We deliver garage doors and any other part that you would like to replace. You can also ask for a whole garage door replacement service. As a first step, call our expert garage door team for Emergency services and a free estimate.

Our service company undertake scheduled repair services and urgent repair services on an emergency basis for doors that fail to open or close. These services have proven to help our Raleigh customers and business owners from inconveniences and risks of a possible burglary. 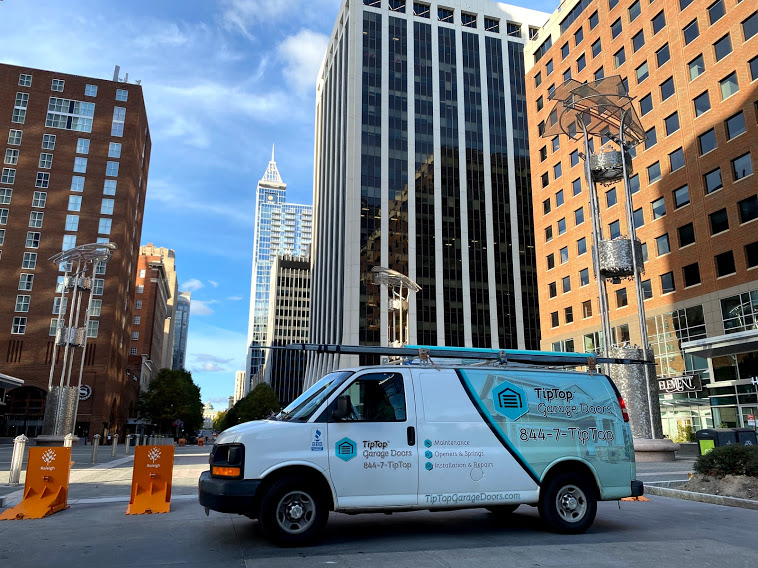 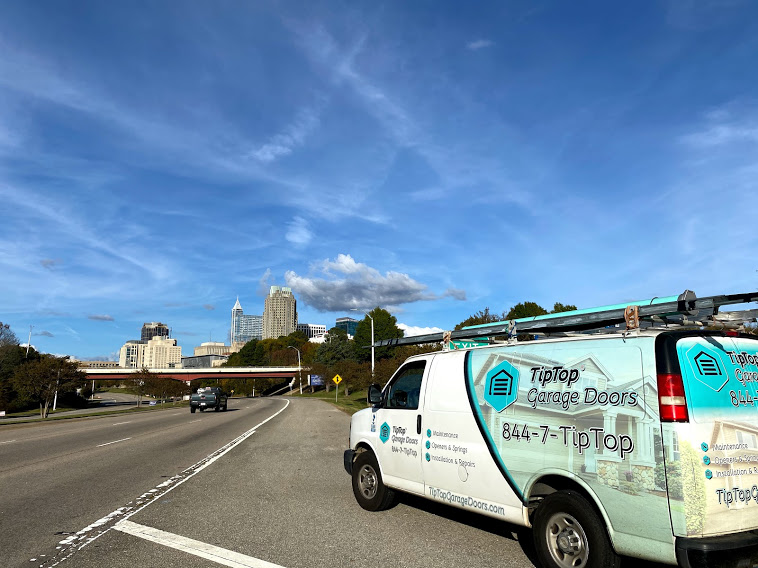 You can trust Tip Top Garage Doors Raleigh for installing a garage door opener for your garage door. Choosing the right garage door opener for your door is something, many need to take care of. Your garage opener must handle the few hundred pounds of weight and operate quietly and fastly. Our quality service starts from fixing chain drive, screw drive, belt drive and ultra-quiet models to your Raleigh house. The motors in the openers must have the capability to open and close the door without any stress.

Most of the services under this category are preventive in nature and ensure that the garage door functions well. Maintenance service preserves the original quality of the door while preventing premature door part failure. This is a valuable service for Raleigh residents and includes preventative maintenance plans and services aimed at averting potential garage door issues. 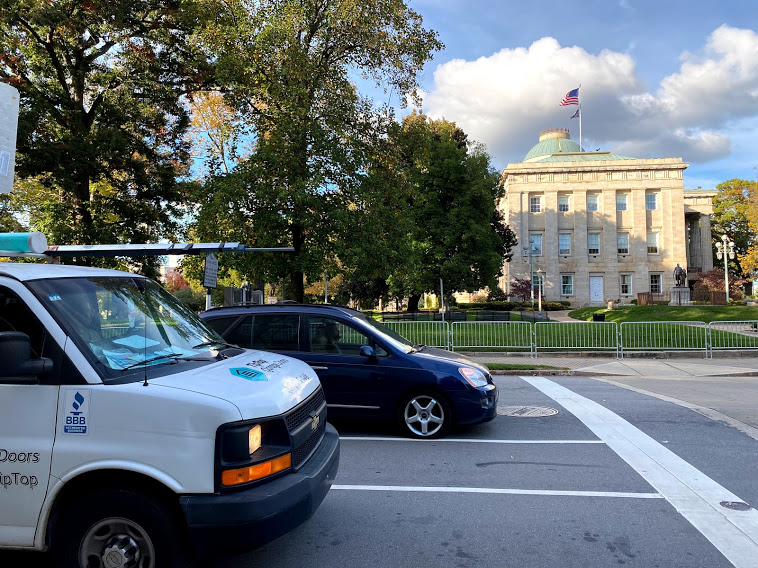 We assure you 100% customer satisfaction, free estimates for new commercial doors installation, at a reasonable price. Don’t forget to avail of our discounts.

Our services are extended to these areas in Raleigh. 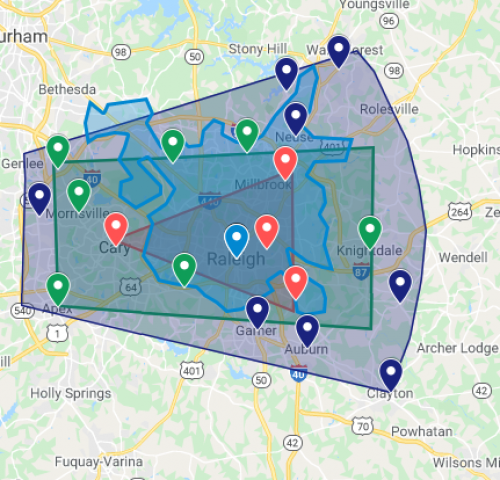 Raleigh is the second-largest City in the State of North Carolina and is part of Wake County. The town is named after Walter Raleigh, the discoverer of Roanoke Colony (presently known as Dare County).

The United States Census Bureau records that the city of Raleigh spans 147.6 square miles and nearly 475,000 people call it their home. Raleigh is the capital of North Carolina and is also known as the ‘City of Oaks’. The town of Raleigh is one part of the famous Research Triangle comprising Raleigh-Durham-Chapel Hill.

In 1788, Raleigh was chosen as the state capital when America got independence after the American Revolutionary War. The city was comparably quiet during the American Civil War. The city witnessed an economic hardship at the dawn hour of the war. The reconstruction of the labor market and an over-reliance on agriculture brought social unrest.
However, the city produced thousands of job opportunities in technology and science to establish Research Triangle Park in 1959. The town is built in a grid pattern and an early example of a planned city in the United States. It is marked as one of the fastest-growing communities in the states.

From the southeast of Durham, Raleigh is 24 miles away. The city is in North Carolina’s northeast central region at the meeting point of Atlantic Coastal Plain and Piedmont. Raleigh is 63 miles northeast of Fayetteville. The ‘Fall line’ area is located in Raleigh because the elevation inland is marked here. Therefore, the city is full of rolling hills that turn into eastward sloping toward the state’s flat coastal plain.

Raleigh is home to numerous transit stations. The GoRaleigh transit system provides public transportation in and around Raleigh.

The Raleigh Union Station is the major train station in the area. This AMTRAK station is one of the busiest stops in the southern US and it facilitates travel between major US cities. There are over 30 fixed bus routes, including the R-Line. Moore Square, GoRaleigh Station, and the Greyhound Bus Station are the major bus stops in Raleigh.

In Raleigh, you won’t ever feel bored. The place is very happening with several bars and restaurants around, such as the following

Some of Raleigh’s top tourist attractions are:

You must be sure to visit the above places. Additionally, Raleigh has shopping centers like the Crabtree Valley Mall, North Hills, and the Triangle Town Center.

What type of garage door services do you offer in Raleigh?

What garage door brands do you work with?

We work with the leading brands in the market, including Stanley, Amarr, Chamberlain, Clopay, Craftsman, Genie, Linear, LiftMaster, and more.

Do you offer free estimates?

What areas of Raleigh do you provide garage door services?

How can I contact you for garage services in Raleigh?